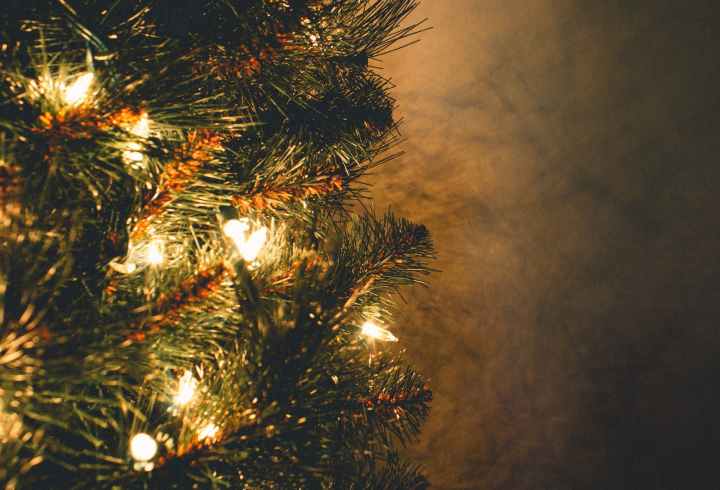 “O Come, O Come Emmanuel,” written in the 8th century, is one of the oldest hymns of Christmas. This hymn beautifully expresses a longing in Israel’s heart for the coming of Messiah.

400 years of silence. That’s how long it had been since God’s people had heard from Him. They had became dull of hearing, ignoring the prophets and forgetting about God. Years before in a sad and prophetic vision, Ezekiel had seen God’s presence leaving the temple. He prophesied that the House of God would be desolate and that the people of God would go into exile because of their sin. This is the same people that were famous to the known world because of God’s awesome presence with them. Throughout Israel’s history, God revealed Himself visibly in what is known as His Shekinah Glory through a pillar of cloud by day and fire by night. This Shekinah glory led them out of Egypt and resided in the Holy of Holies behind the veil, hovering over the mercy seat on the ark of the Covenant. Ezekiel must have been heartbroken as he saw God’s glory leave after being present in the sanctuary for over 800 years.

The temple in Ezekiel’s vision was Solomon’s temple, and its destruction in 586 BC marked the end of an era when God’s glory dwelled among His people. As this era came to a close, Ezekiel’s prophecy came true: God’s people were exiled to Babylon for 70 years. But God had mercy on them and when they finally returned home, they found the city in ruin. Everything had to be rebuilt, including the temple. But it would never be the same again! The ark of the Covenant vanished from history in 586 BC when the temple was destroyed. What a painful reminder that God’s glorious presence had left them.

Temple service resumed and life in Jerusalem was being reestablished. God continued to speak to His people through the prophets Ezra, Nehemiah, Haggai, Zechariah, and Malachi but there was no ark or Shekinah glory behind the veil. From the year the temple was rebuilt (515 BC) to the end of the Old Testament was about 85 years. And then, silence. This silence must have been deafening! Would God’s glory ever return to the temple? To His people? 400 years went by, and Israel along with the rest of the world was battered from war and chaos. But one solitary night in the town of Bethlehem the silence was broken by a Baby’s cry!

Matthew 1:23 says, “Behold, a virgin shall be with child, and shall bring forth a son, and they shall call his name Emmanuel, which being interpreted is, God with us” (KJV). This is where Advent begins. God has always wanted to dwell with His people. As far back as creation, we see the presence of God with Adam and Eve. But when they sinned, sin spread to all men separating us from God. We cannot reach God, but He has reached down and come to us!

The word Advent means “arrival of a notable person.” Each day during our Advent series, I will close with a few reflection questions to help draw you into a special time with God and His Word during this Christmas season. Feel free to record your reflections in a journal. I will also be including a link to the Advent hymn mentioned in each day’s post. Thank you so much for joining me! May you be blessed as you open your heart to Him and savor the Savior!

1. Read Ezra 3:10-13. When the foundation was laid for the new temple, there were mixed reactions. Why do you think each group had the reaction they did? Do you think the absence of God’s Shekinah Glory had anything to do with why the old men mourned?

3. Who were Simeon and Anna and what was their response when they saw the Baby?

4. After reading today’s post, do you see any significance in Mary and Joseph bringing baby Jesus to the temple in Jerusalem? (Hint: Whose presence was returning to the temple?)

5. Emmanuel has come. If you have a personal relationship with Jesus, He is not only with you but His Spirit lives in you! Take a moment to reflect on this great miracle of grace and spend time worshiping your Emmanuel!

Click here to LISTEN to the Piano Guys version of this Christmas hymn on Spotify.

God’s Word is timeless and relevant to every detail of our lives. The mission of this blog is to encourage believers to grow in their faith and be deepened in the Word.